7 Jewish Ways to Give Thanks 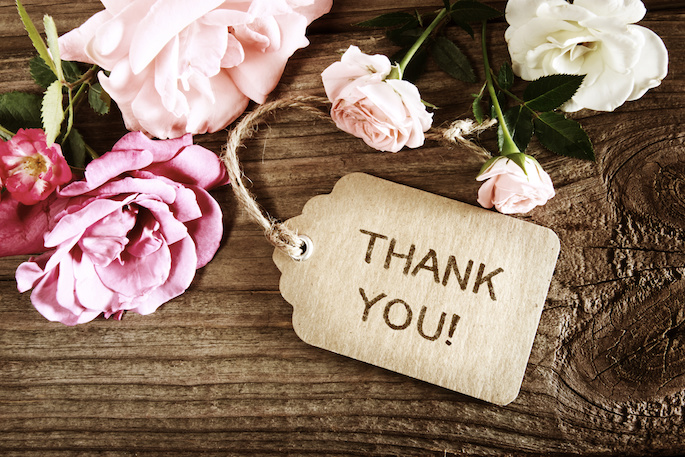 7 Jewish Ways to Give Thanks

In modern Hebrew, the most common way to say “thank you” is todah rabah, “great thanks,” which can be shortened to just todah. To add emphasis, add another rabah (or two or three) at the end to show how great your thanks is!

“Thanks” in Yiddish is a dank. You can spice this one up by putting an adjective before the dank. A sheinem dank (“a nice thanks”) and a groisen dank (“a big thanks”) both work well.

This has roots in the rabbinic Hebrew expression yishar kochacha, which is often translated as “more power to you” (but more literally, “may your power be focused”), and is a common way to express thanks among contemporary Hebrew and Yiddish speakers. It is often contracted into shkoyach. Note that this can also be a term of congratulation and encouragement for a job well done.

Literally “may you merit to do mitzvahs,” this term is often used to thank someone for an act of kindness. This reflects the rabbinic notion that the reward for a good deed is the ability to perform another one.

Among the descendants of the Jews exiled from Spain in 1492, you’d probably say merci muncho, which is Ladino (Judeo-Spanish) for “thank you very much.” Interestingly, while muncho is of Spanish origin (as is most of Ladino), merci is French.

Now that’s the real Jewish way to say thanks—and probably the oldest. You don’t see “thanks” in the Hebrew Bible, but you do see a lot of blessings given in return for kind deeds. And as the sages, of blessed memory, said, “Don’t take lightly even the blessing of a simpleton.” Because if it’s said from the heart, it’s sure to be worthwhile.

Pronounce it: With all your heart.

No matter what language you do (or don’t) speak, the main thing is that you actually voice your thanks, to your family, friends, bank tellers, street cleaners . . . everyone, especially G‑d.

And when you do, yasher koach!

This article is reprinted from https://www.chabad.org. All the copyrights belongs to them. 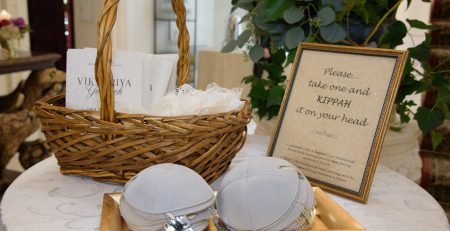 Kippahs for all wedding ceremony guests, including non-jewish?

Should you prepare enough kippah/kippahs/kippot for all wedding ceremony guests, including non-jewish? Nowadays, people are getting more and more international, and... read more 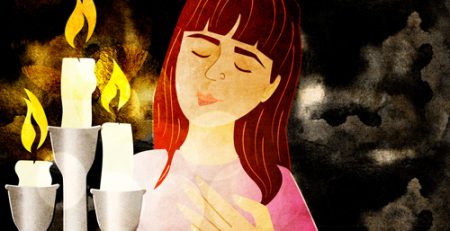 Shabbat (also known as "Shabbos" or the "Sabbath") is the centerpiece of Jewish life, and has been so since the infancy... read more 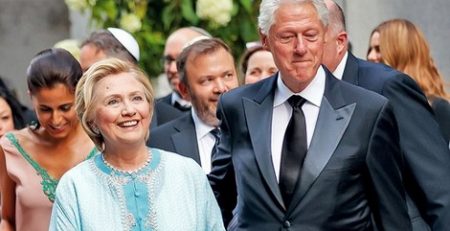 His Kippah Color Matches Her Dress 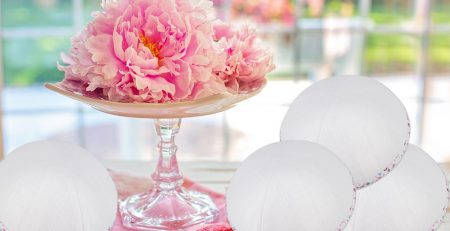 Best place to get kippot made?

We have seen a lot of similar questions are made, Best place to get kippot made? Best Store to get... read more